NeuroKernel also moves complex server-to-server communications to the web browsers. For instance, a global company can securely execute a remote plugin application from another location 2000 miles away and see the results on the screen seamlessly as if that remote application is actually part of the running application that plugs it in.

A miniature version of NeuroKernel can also be launched into an application window as a component. Third party companies such as financial institutions may use this new feature to keep the system protocol private to their own domain. This component can still communicate with its parent application seamlessly. 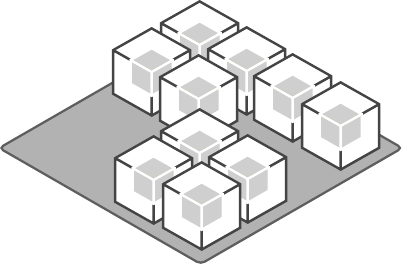 Plugin system is one of the most innovative technologies introduced with NeuroKernel. It allows other applications to be plugged inside other applications. Plugged in tasks can interact with the parent task much more efficiently. Their user interface, if any, seamlessly becomes the part of the parent application. High performance events and RPC method calls are the major communication channels between parent and plugin task. It is very easy to unplug a task and plug another one. It can be done in runtime as well. File systems and devices are two major interfaces that stands out in plugin system. It is also possible to create plugin trees by allowing plugin tasks to plugin others.